Un-renovated since it's creation in 1986, the owner sought to modernize the eight-story building and bring more daylight into a formerly dark lobby. The lobby's ceilings were noticeably low and access was originally deep in the building due to the exterior covered walkway. Though exterior access to the lobby was enhanced, WMATA ventilation and access grates on the sidewalk posed limitations.

After negotiating a new plaza and lobby expansion with WMATA, the design team produced a double-height lobby by cutting the second floor slab. Additionally, the entire lobby was pulled out beyond the face of the building and completed in structural glass. New sunscreens add shadow lines during the day, and lighting from below compliments the glowing lobby in the evening hours. 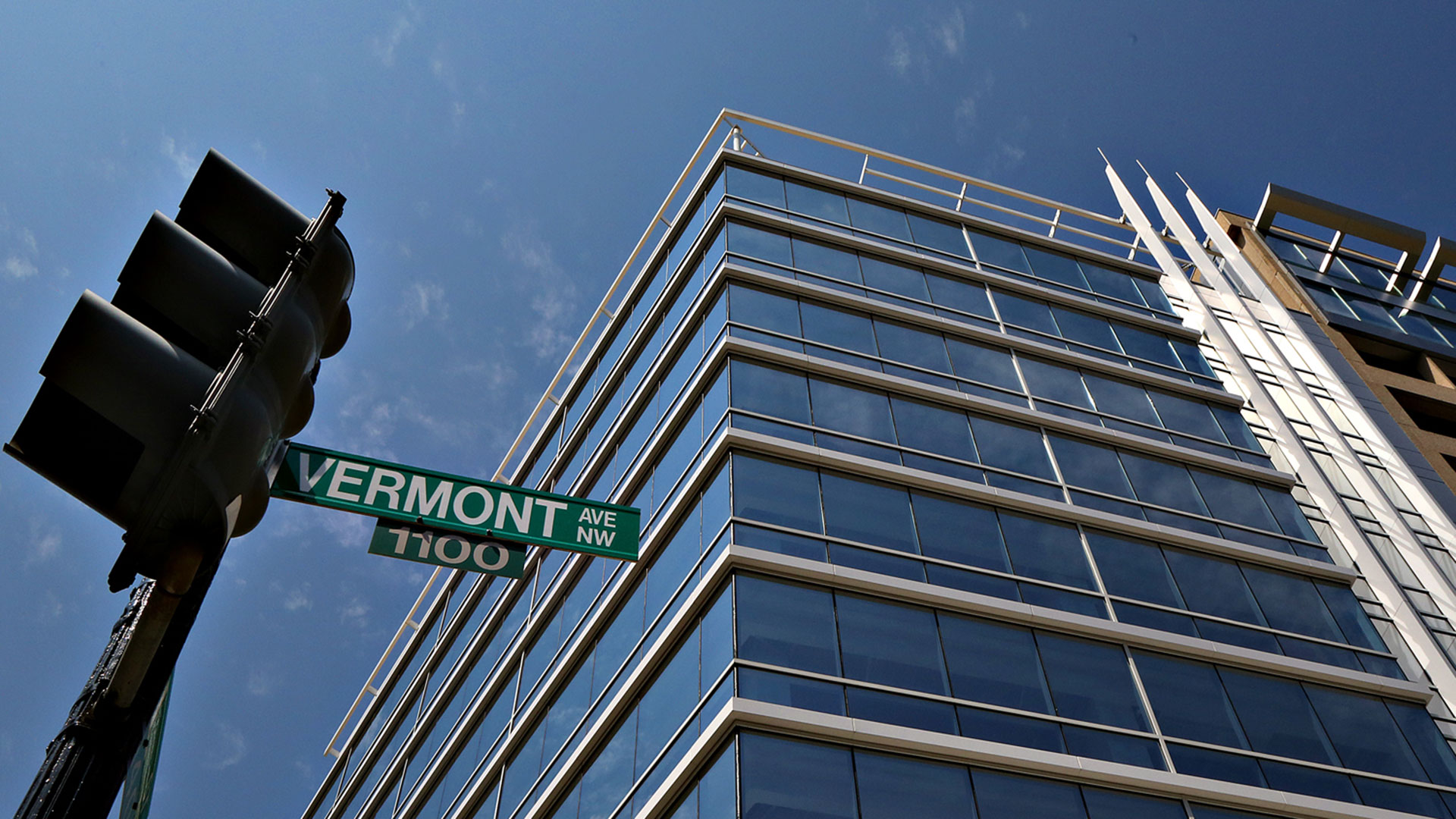 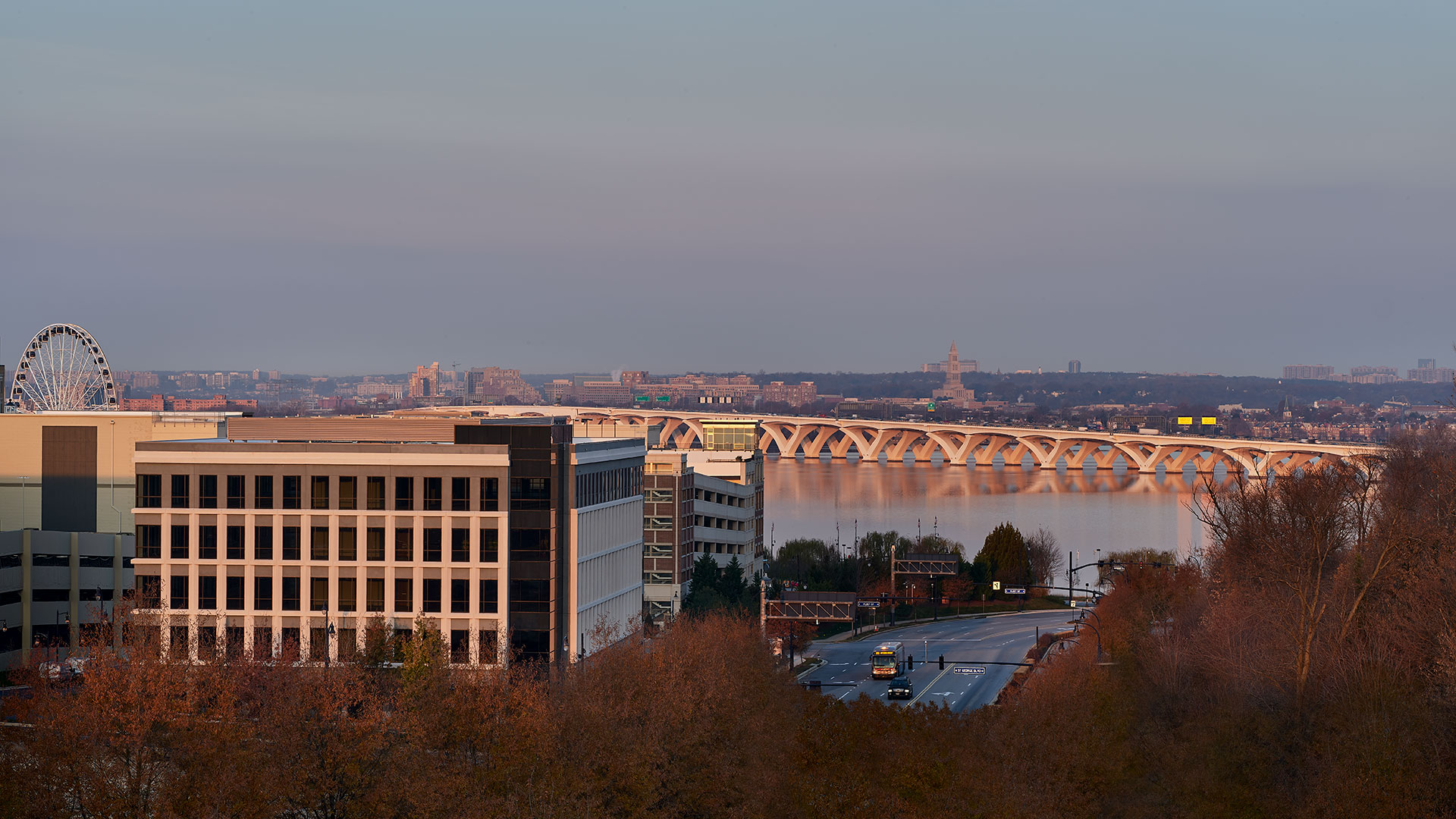 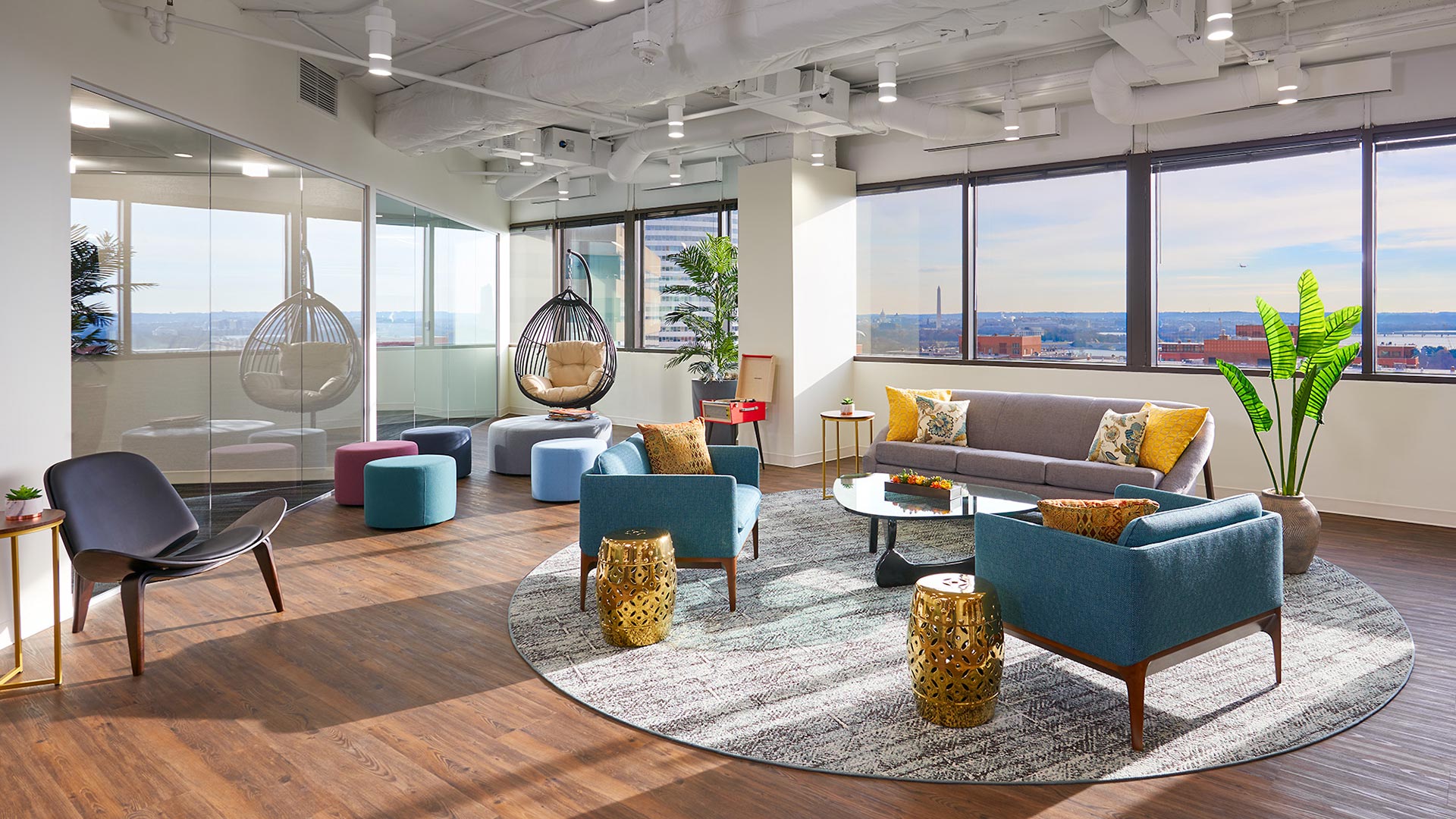